Gall bladder is a small pear-shaped sac like organ in the upper right part of the abdomen. It is located under the liver, just below the front rib cage on the right side. It stores bile temporarily. Bile is synthesized in liver. During empty stomach/fasting, gall bladder gets distended with bile and it empties it when food (especially fatty food) reaches intestine. Due to various reasons like excessive weight (obesity), pregnancy, genetic, infection, prolonged stay in ICU bile gets concentrated and forms gall stones.

Small stones can be asymptomatic initially and at times of gall bladder emptying may slip inside bile duct resulting surgical obstructive jaundice. It is a surgical emergency and may require clearance of bile duct (ERCP) followed by gall bladder removal. Whereas bigger stone causes recurrent mild pain initially and if gets impacted at gall bladder neck may cause moderate to severe pain over upper half of abdomen. Pain due to gall bladder stone may radiate to right upper back side. Gallstones may be asymptomatic, even for years. These gallstones are called “silent stones.

•    Gallstones occur when bile forms solid particles (stones) in the gallbladder.
•    The stones form when the amount of cholesterol or bilirubin in the bile is high.
•    Other substances in the bile may promote the formation of stones.

•    Pigment stones form most often in people with liver disease or blood disease, who have high levels of bilirubin.
•    Poor muscle tone may keep the gallbladder from emptying completely. The presence of residual bile may promote the formation of gallstones.
•    Being overweight,
•    Rapid weight loss on a "crash" or starvation diet
•    Taking certain medications such as birth control pills or cholesterol lowering drugs.

Intensifying pain just below your breastbone

Back pain between your shoulder blades

Pain in your right shoulder

Jaundice (yellowing of the skin or the whites of the eyes)

Intolerance for fatty or greasy foods, and drinks

Advantage of Gallstone Treatment over the Traditional Surgical Procedure.

Our expert doctor will perform a physical examination that includes checking your eyes and skin for visible changes in color. A yellowish tint may be a sign of jaundice, the result of too much bilirubin in your body.The exam may involve using diagnostic tests that help your doctor see inside your body.

Ultrasound: An ultrasound produces images of your abdomen. It’s the preferred imaging method to confirm that you have gallstone disease. It can also show abnormalities associated with acute cholecystitis.

Gallbladder radionuclide scan: This important scan takes about one hour to complete. A specialist injects a radioactive substance into your veins. The substance travels through your blood to the liver and gallbladder. On a scan, it can reveal evidence to suggest infection or blockage of the bile ducts from stones.

Blood tests: Your doctor may order blood tests that measure the amount of bilirubin in your blood. The tests also help determine how well your liver is functioning.

Endoscopic retrograde cholangiopancreatography (ERCP): ERCP is a procedure that uses a camera and X-rays to look at problems in the bile and pancreatic ducts. It helps your doctor look for gallstones stuck in your bile duct.

Even with treatment, gallstones can return. Therefore, you may have to be regularly treated for gallstones for a very long time, or even for the rest of your life. A doctor may use of medicines that contain bile acids that can break up cholesterol gallstones. These medicines work best to break up small cholesterol stones. You may need months or years of treatment to break up all stones.

Once diagnosed, the treatment of choice is Gall bladder removal. Untreated gallstone disease can become life-threatening, particularly if the gallbladder becomes infected or if the pancreas becomes severely inflamed. Gallstone surgery has been revolutionized over the years by arrival of new age ambulatory surgery or Day Care surgery is a clinical admission for a surgical procedure, with discharge of the patient on the same working day.

We have a trained anesthesiologist, OT assistant, and nursing assistant to perform to do such advanced procedures. At PELVINIC, Laparoscopic gallbladder removal is practiced and is successful in almost all of the affected patients. Through laparoscopy, tiny holes are made (5mm) and gall bladder is removed and sent for pathological examination. Cholecystectomy. This is a common surgery that requires general anesthesia. With the advent of laparoscopy, not only surgical procedure has become more surgeons friendly but patient’s post-operative recovery is excellent. Removing a gallbladder involves rerouting the bile from the liver to the small intestine. Bile no longer goes through the gallbladder and it becomes less concentrated. The result has a laxative effect that causes diarrhea.To treat this, eat a diet lower in fats so that you release less bile. You usually go home on the day of the procedure or the day after if you have no complications. Laparoscopic gallbladder surgery is safe and effective. Patient can resume his/ her work the very next day.

Most people can return to their normal activities in 5 to 7 days. People who have open gallbladder surgery are sore for about 2 to 4 weeks. The discomfort should go away within a couple of days. You can usually resume all normal activities within a week in case of laparoscopy.

Patient can expect pain after having surgery. So doctor will prescribe a painkiller to ease the discomfort. You'll need to attend a follow-up appointment with your doctor about two weeks after laparoscopy. No special diets or other precautions are needed after surgery but should avoid fatty or heavy foods for the first few days, since some of these foods may cause diarrhea or nausea temporarily following surgery. Do not lift heavy objects for the first 4 weeks. Also avoid pushing, pulling or abdominal pressure for these first 4 weeks. When coughing, be sure to place a pillow over the incision and gently press inward to reduce the pressure (from coughing) on your incision. Avoid driving until your first follow-up post-surgery.

Pelvic Care specializes in providing the best treatment for Gallstone. With our own team of doctors, we deliver personalized care according to your medical needs. Our easy admission to discharge process and State of art infrastructure ensures a hassle free experience.

Why Pelvinic Care for Gallstone?

Our team of experts is dedicated to offering excellent care to enhance your quality of life through a holistic healing approach and physical therapy. As a specialised one-stop daycare surgical solution, we take pride in dealing with various types of Proctological ailments with utmost attention and care.

Pelvinic is a specialized, team-based approach to support and care for individuals. We strive to provide a home-like environment and the best treatments for our patients for quick recovery. We offer customized services and personal attention to our patients who come for medical treatment and care. Our patient coordinator will receive reports on your condition and all the necessary information to continue your care following your discharge. Our belief is empowering and motivating you to lead a healthy life. Make the right decision today to become a healthier you tomorrow!

Our team of doctors, surgeons, and other healthcare professionals have been educated, trained and are widely experienced in their particular specialty.With India’s growing population, our doctors have a wider exposure to treating ailments and diseases and therefore are more skilled in providing the right treatments. Our doctors have a vast experience of over 50000 surgeries and are trained in the use of latest diode Laser technology.

PELVINIC  incorporates the latest technology and medical equipment in patient care that helps the doctors diagnose diseases and treat patients effectively and efficiently.We focus on developing treatment plans as per each patient’s strengths, weaknesses, variety of motions and potential functioning. Our team is equipped with the latest painless techniques that lead to 100% customer satisfaction.

From giving OPD appointment to diagnose and prescribe surgery, Preoperative test to day-surgery to recovery stay and postoperative and diet instructions, we ensure to give our best of all to our patients without compromising at any stage of the treatment that too at a very cost-effective rate.
•    We have a dedicated staff to ensure your daycare stay is comfortable and hassle-free. our staff will provide you with all the necessary assistance required such as appointment, priority admission, billing and discharge assistance like detailed summary of the hospitalisation including health problems, examination findings, treatment given and procedures performed.
•    The contact details of the treating doctor and staff will be shared so that you and your medical practitioner can keep in touch with him/her post procedure. 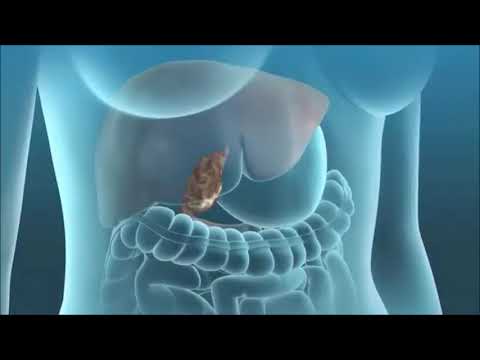 Can I digest food without a gallbladder?

You don’t need a gallbladder in order to digest food properly. If your gallbladder is removed, bile will flow directly from your liver through the hepatic duct and the common bile duct to the small intestine. After the surgery, you may experience some softer stools, which generally resolve over time.

Can children get gallstones?

Gallstones can happen to both children and adults. It is most common to see gallstones in middle-aged adults. However, adults are not the only ones who experience gallstones. One challenge with gallstones in children is identifying symptoms. Young children may have difficulty expressing where the pain is located. If you child has any unusual symptoms or abdominal pain, call your doctor.

Why do gallstones develop?

Gallstones can develop for several reasons, including:

* Forming when there is a critical concentration of cholesterol or bilirubin in the bile.

* Developing if the gallbladder is lazy and does not completely empty itself of bile.

* When you rapidly lose weight.

Where do gallstones develop?

View All
A Great Place to Receive Care
Book Appointment