Gastroesophageal reflux disease (GERD) is a long-term condition where acid from the stomach comes up into the esophagus. Many people occasionally experience gastroesophageal reflux (GERD). However, if an individual experiences persistent acid reflux that occurs more than twice a week, they may be diagnosed with GERD. In other words, GERD is the long-term, regular occurrence of GER.

A hiatal hernia can occur from long-lasting GERD or GERD could be a symptom of a hiatal hernia. When GERD progresses, it can cause the lower esophageal sphincter to lose its function, which may cause a hiatal hernia. A hiatal hernia could also worsen GERD symptoms. So you could have one of these conditions or they can coexist. This condition in severe cases can lead to more serious complications such as obstruction or strangulation of the stomach.

Occasional acid reflux is quite common, often occurring as a result of overeating, lying down after eating, or eating particular foods. However, recurrent acid reflux, diagnosed as GERD, typically has other causes and risk factors and can have more serious complications. When you swallow, a circular band of muscle around the bottom of your esophagus (lower esophageal sphincter) relaxes to allow food and liquid to flow into your stomach.

Then the sphincter closes again. If the sphincter relaxes abnormally or weakens, stomach acid can flow back up into your esophagus. This constant backwash of acid irritates the lining of your esophagus, often causing it to become inflamed. Gastroesophageal reflux disease occurs in people of all ages. GERD occurs more commonly in people who are:
•    overweight or obese because of increased pressure on the abdomen
•    pregnant, due to the same increased pressure
•    taking certain medications, including some asthma medications, calcium channel blockers, antihistamines, sedatives, and antidepressants
•    smoking, and being exposed to second-hand smoke

A burning sensation in your chest (heartburn), usually after eating, which might be worse at night

Regurgitation of food or sour liquid

Sensation of a lump in your throat

Advantage of Gerd Treatment over the Traditional Surgical Procedure.

If your doctor suspects you might have GERD, they’ll conduct a physical exam and ask about any symptoms you’ve been experiencing.

To prevent and relieve symptoms of GERD, your doctor might encourage you to make changes to your eating habits or other behaviours.

They might also suggest taking over-the-counter medications, like:
•    Antacids
•    H2 receptor blockers
•    Proton pump inhibitors (PPIs)
In some cases, they might prescribe stronger H2 receptor blockers or PPIs. If GERD is severe and not responding to other treatments, surgery might be recommended.

In most cases, lifestyle changes and medications are enough to prevent and relieve symptoms of GERD. But sometimes, surgery is needed. GERD can worsen and turn into other conditions if left untreated The surgeon wraps the top of your stomach around the lower esophageal sphincter and sew it in place, to tighten the muscle and which helps prevent stomach acid from backing up into it. Food and liquids can still pass through.

It is called Nissen fundoplication. Fundoplication is usually done with a minimally invasive (laparoscopic) procedure. Outcomes of the laparoscopic technique are best when the surgery is done by a surgeon with experience using this procedure. The wrapping of the top part of the stomach can be partial or complete. The treatment has been revolutionised over the years by arrival of new age ambulatory surgery or Day Care surgery is a clinical admission for a surgical procedure, with discharge of the patient on the same working day. We have a trained anesthesiologist, OT assistant, and nursing assistant to perform to do such advanced procedure under general anesthesia.

Post-operative pain is generally mild although some patients may require prescription pain medication for a short period of time. Anti-reflux medication is usually not required after surgery.

Pelvic Care specializes in providing the best treatment for Gerd. With our own team of doctors, we deliver personalized care according to your medical needs. Our easy admission to discharge process and State of art infrastructure ensures a hassle free experience.

Why Pelvinic Care for Gerd?

Our team of experts is dedicated to offering excellent care to enhance your quality of life through a holistic healing approach and physical therapy. As a specialised one-stop daycare surgical solution, we take pride in dealing with various types of Proctological ailments with utmost attention and care.

Pelvinic is a specialized, team-based approach to support and care for individuals. We strive to provide a home-like environment and the best treatments for our patients for quick recovery. We offer customized services and personal attention to our patients who come for medical treatment and care. Our patient coordinator will receive reports on your condition and all the necessary information to continue your care following your discharge. Our belief is empowering and motivating you to lead a healthy life. Make the right decision today to become a healthier you tomorrow!

Our team of doctors, surgeons, and other healthcare professionals have been educated, trained and are widely experienced in their particular specialty.With India’s growing population, our doctors have a wider exposure to treating ailments and diseases and therefore are more skilled in providing the right treatments. Our doctors have a vast experience of over 50000 surgeries and are trained in the use of latest diode Laser technology.

PELVINIC  incorporates the latest technology and medical equipment in patient care that helps the doctors diagnose diseases and treat patients effectively and efficiently.We focus on developing treatment plans as per each patient’s strengths, weaknesses, variety of motions and potential functioning. Our team is equipped with the latest painless techniques that lead to 100% customer satisfaction.

From giving OPD appointment to diagnose and prescribe surgery, Preoperative test to day-surgery to recovery stay and postoperative and diet instructions, we ensure to give our best of all to our patients without compromising at any stage of the treatment that too at a very cost-effective rate.
•    We have a dedicated staff to ensure your daycare stay is comfortable and hassle-free. our staff will provide you with all the necessary assistance required such as appointment, priority admission, billing and discharge assistance like detailed summary of the hospitalisation including health problems, examination findings, treatment given and procedures performed.
•    The contact details of the treating doctor and staff will be shared so that you and your medical practitioner can keep in touch with him/her post procedure. 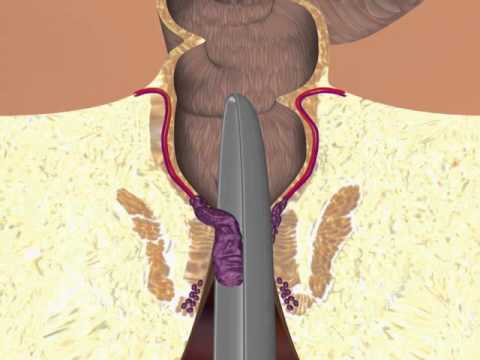 What are the chances that I will develop Barrett’s esophagus?

Barrett’s esophagus develops in about 10 to 20 percent of patients with chronic GERD or inflammation of the esophagus. It occurs more often in men than in women (3:1 ratio) and is more common in Caucasian Americans than African Americans. The prevalence of Barrett’s esophagus increases with age; the average age at diagnosis is 55 years

Are there any complications associated with this procedure?

Complications that may occur from a Nissen "wrap" are dysphagia (difficulty swallowing) and abdominal distention. The dysphagia is usually mild and temporary but occasionally can be severe or persistent. Another post-operative problem is the "gas bloat" syndrome, in which patients develop bloating and abdominal pain after urgery. Some degree of this syndrome is not uncommon after surgery but is usually a minor nuisance. However, "gas bloat" can be severe and difficult to treat. Three major complications of GERD are esophagitis, esophageal strictures and Barrett’s esophagus. Esophagitis is an inflammation of the esophagus and can range from inflamed mucosa to erosive ulcers occurring in a minority of GERD patients. GI bleeding may occur in ulcerated and eroded areas. Reflux-induced strictures are areas of thickened esophageal wall that narrow the lumen (the channel through which food must pass). Strictures occur in patients who have had relatively severe esophagitis. Barrett’s esophagus is a condition resulting from the abnormal healing of erosive esophagitis. The risk of developing Barrett’s is greater in patients with more severe and long-standing reflux symptoms. The significance of this condition is its tendency to develop into cancer of the esophagus. I have GERD.

What is a Nissen fundoplication?

This is a surgical procedure in which the upper part of the stomach is wrapped around the entire circumference of the lower esophagus. Any existing hiatal hernia is reduced. This procedure has been reported to produce relief of reflux in 80 to 85 percent of patients.

How is GERD treated?

GERD can be treated in several ways. The first approach is dietary and lifestyle modifications, e.g., decreasing the intake of foods that increase gastric acidity or reduce the pressure at the muscle at the lower end of the esophagus (caffeinated and decaffeinated foods, chocolate, peppermint and spearmint). Coffee, alcohol and acidic liquids affect esophageal peristalsis, and fatty foods slow gastric emptying and should be avoided. Large meals increase gastric pressure and therefore increase reflux. Smoking affects esophageal motor function, stimulates acid secretion and delays gastric emptying, potentiating reflux. Air swallowed while smoking increases the need for belching and therefore increases reflux. Lying down after eating should be avoided to keep the food in the stomach from refluxing into the esophagus. The head of the bed should be elevated at night to prevent the same type of reflux. Weight reduction is also recommended for those patients who are markedly overweight to lessen the frequency of reflux. New endoscopic techniques that are being developed may be useful to treat refractory reflux.

Drug therapy is used in combination with lifestyle changes. Acid-suppressing agents and drugs that enhance upper gastrointestinal motility are often prescribed. Surgery is the other choice to manage GERD. This mode of treatment is used primarily if the patient is unwilling or unable to cope with the lifestyle changes necessary for management of reflux disease. A Nissen fundoplication is the most common procedure performed.

View All
A Great Place to Receive Care
Book Appointment